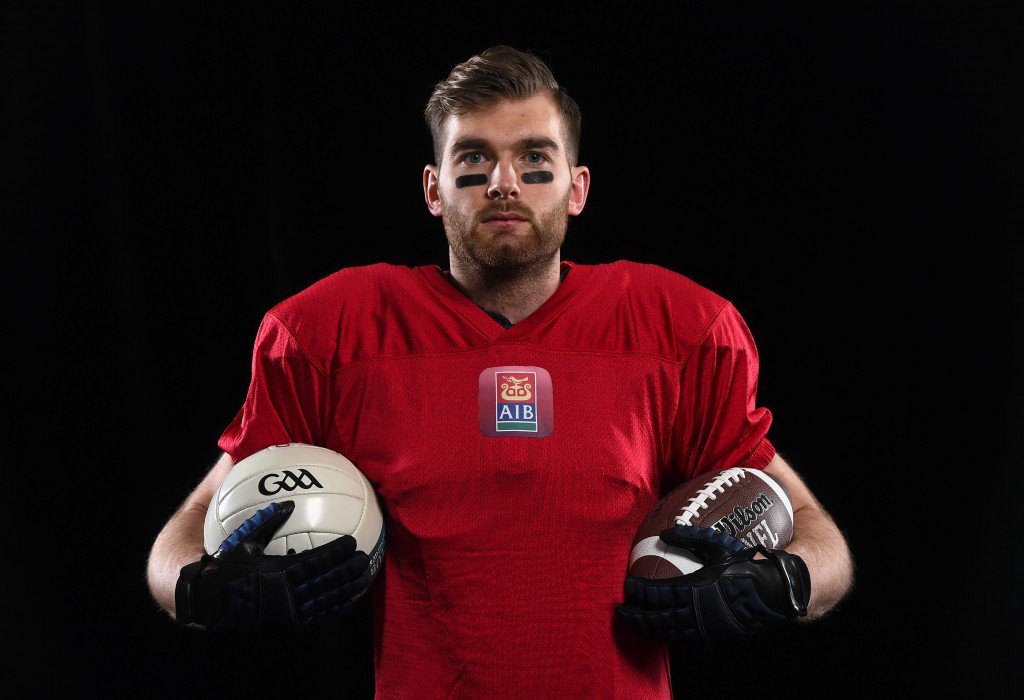 Mayo All-Star Aidan O’Shea will be heading stateside to try his hand at American Football as part of AIB’s The Toughest Trade, a TV documentary, commissioned by AIB, which will take a fresh, in-depth look at how professional sports compare to the amateur AIB GAA Club Championships as Irish players trade sports and clubs with international athletes.

Weighing in at the 15 and-a-half stone mark the 25-year-old is as big and as strong a player as you get in the GAA. But on the gridiron, he’ll be dwarfed by much bigger men and he knows that he’s in for some tough times. “Yeah, it’s a different ball game,” he smiled at the thought of being on the receiving end for a change. “Even just the pure technique of what they are doing. I’m going to be small basically, to be honest about it. I expect to be anyway. Looking at some of the weights and my size, I’m 6’4″, some of them could have 20kgs on me which is just insane. I’m just around the 100kg mark.”

O’Shea says he’s a casual fan of the NFL, watching it at the weekends on television, but that basketball is his second sport after Gaelic football. He still hasn’t gotten his full itinerary yet, so he doesn’t know what team he will be training with, what level he’s likely to be competing at or which NFL star will come to Ireland to try his hand at Gaelic Football.

The documentary will air ahead of the AIB GAA Club Championship finals on St. Patrick’s Day, and will subsequently be available to view on the AIB YouTube channel.