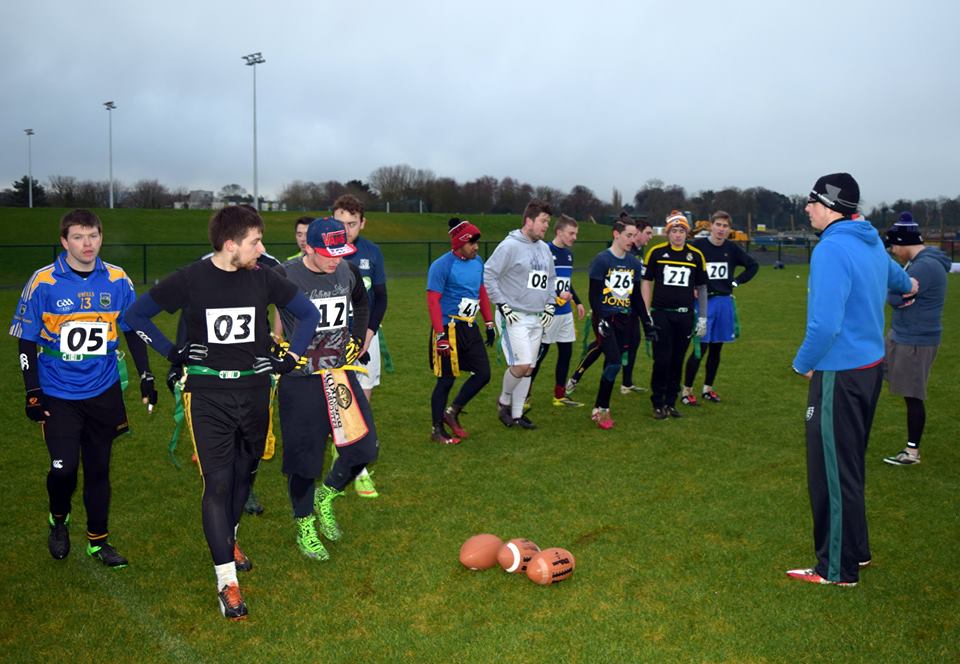 Last Saturday, 43 flag football players gathered at the National Sports Campus to take part in the first try outs for the Ireland Senior Flag Football team. Led by an experienced coaching staff, the players were put through their paces. Players first underwent a series of combine drills to assess their athleticism and stamina, before running through drills focused on testing flag football skills. The session finished up with a scrimmage where players could put the skills they learnt into practice.

Last weekend’s try outs were the first of two try outs planned for the Ireland team, the next being March 19th, again in the National Sports Campus. The Ireland coaching staff will select the final 40 players to make up the squad. More information on these tryouts can be found here.