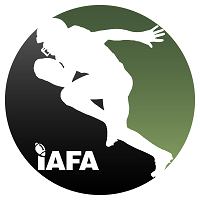 There were also numerous changes to the constitution approved, one of which included the management structure of IAFA. The new structure that was approved by the membership can be seen in the image below.