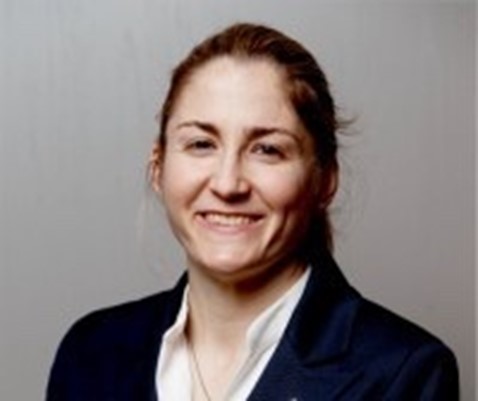 While sport in Ireland on both sides of the border gradually begins to open up, the importance of having the right person at the helm of the AFI’s Administration is paramount.

Following a successful recruitment campaign and subsequent interview process, American Football Ireland are pleased to announce that Erin Brown has been appointed as the new Commissioner of American Football Ireland. A successful project and events manager with World Rugby, Erin brings with her great experience and a skillset that will help guide AFI through the remainder of these uncertain times and back to fulltime american football. NGB management is nothing new to Erin either, as she previously sat as an external board member on the board of Softball Ireland. As a result, Erin has great knowledge on good governance compliance and the role and responsibilities of those charged with governance, leadership and embedding a good culture within a national governing body.

Speaking in relation to the appointment, AFI President Aidan Maguire stated, “We are delighted to appoint Erin Brown to the role of Commissioner within American Football Ireland. This is a momentous occasion, as Erin Brown has now become the first female Commissioner of American Football Ireland. As a board, we are excited to learn from Erin’s wisdom, experience and ultimately grow as the National Governing Body of American Football. We look forward to closely working with Erin and providing her with the necessary supports and development opportunities needed to fulfil her duties as Commissioner”.

Erin Brown stated on her appointment, “I am extremely honoured and excited to be joining the team at AFI and supporting its mission to grow this fun, inclusive, and increasingly popular sport. I look forward to engaging with the AFI community to support football’s return to play after a long absence as a result of the pandemic and helping to promote this vibrant and dynamic game”.

The appointment of Erin Brown as Commissioner marks the beginning of a number of key roles being filled within AFI Management in the very near future. Stay tuned to our website and social media platforms for further appointments.