The Craigavon Cowboys are one of the longest running American football clubs in Ireland, founded in 1986.

Our youth team was formed in 2014 which won the inaugural IAFA Youth League in 2014 and then again in 2015. Our youth team was setup to give 16-20 year olds a head start on learning and playing football before stepping up to play senior kitted football.

All our teams currently train and play matches at the fantastic facilities at People’s Park, Portadown.

The club is always open to new players, coaches, referees, committee members and volunteers so get in touch if you are interested in joining the ‘Boys! American football is the fastest growing sport in Ireland – be part of it! 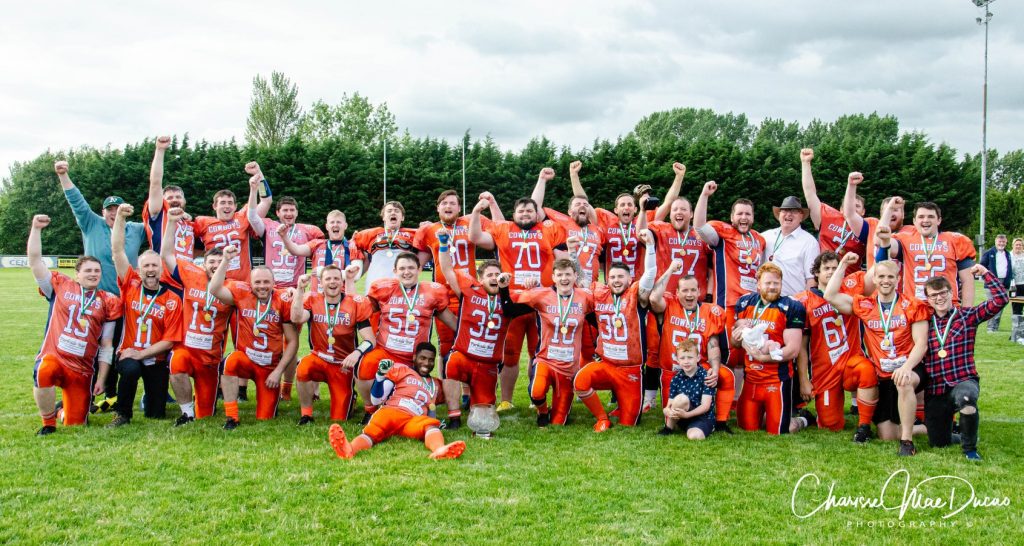