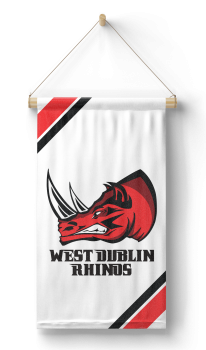 Established in 2008, the West Dublin Rhinos are entering their 12th competitive season. Based at Castleknock College, they have players from all over Dublin and the world.

After winning the IAFL1 Bowl for the first time in 2018, the West Dublin Rhinos enter the 2020 season with their eyes set on a second season back in the AFI Premier Division and look to push for a playoff spot.