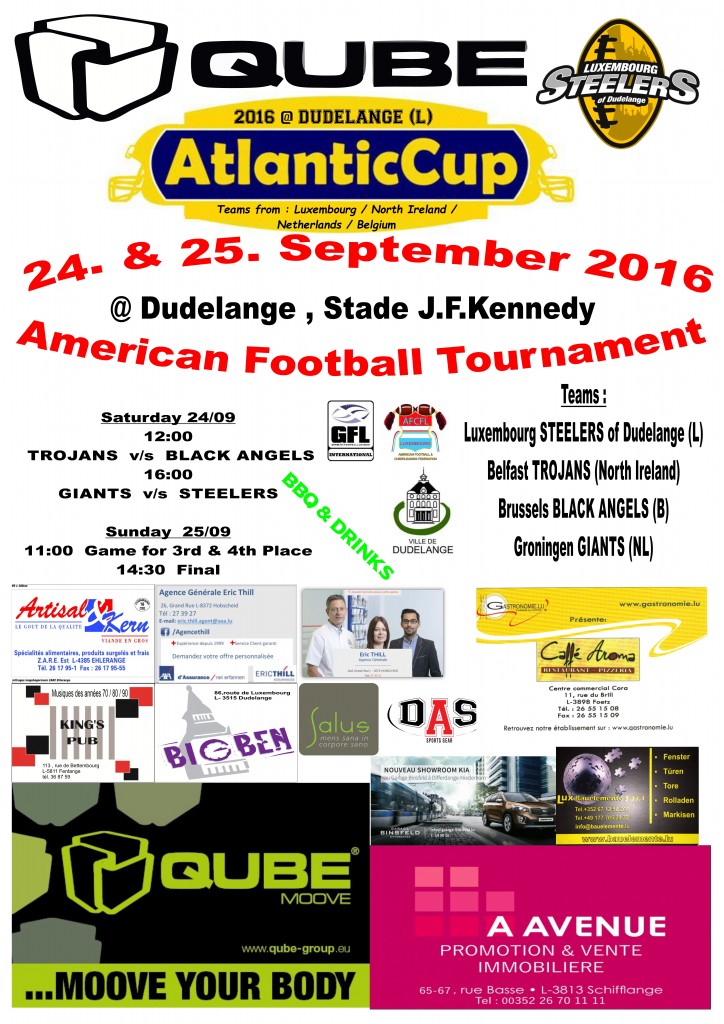 This weekend, 2015 SBC Champions the Belfast Trojans will be travelling to Luxembourg to take part in the 2016 Atlantic Cup. The Trojans are the current Atlantic Cup Champions after beating the Groningan Giants 26-7 last year in the Nethelands.

The Atlantic Cup is the Western European Championship, of which Ireland is a founding member, and this year will be hosted by the Luxembourg Steelers in State JF Kennedy in Dudelange. Also taking part are the Brussels Black Angels and the Groningen Giants.

The Atlantic Cup will take place on Saturday and Sunday:

Best of luck to the Trojans!