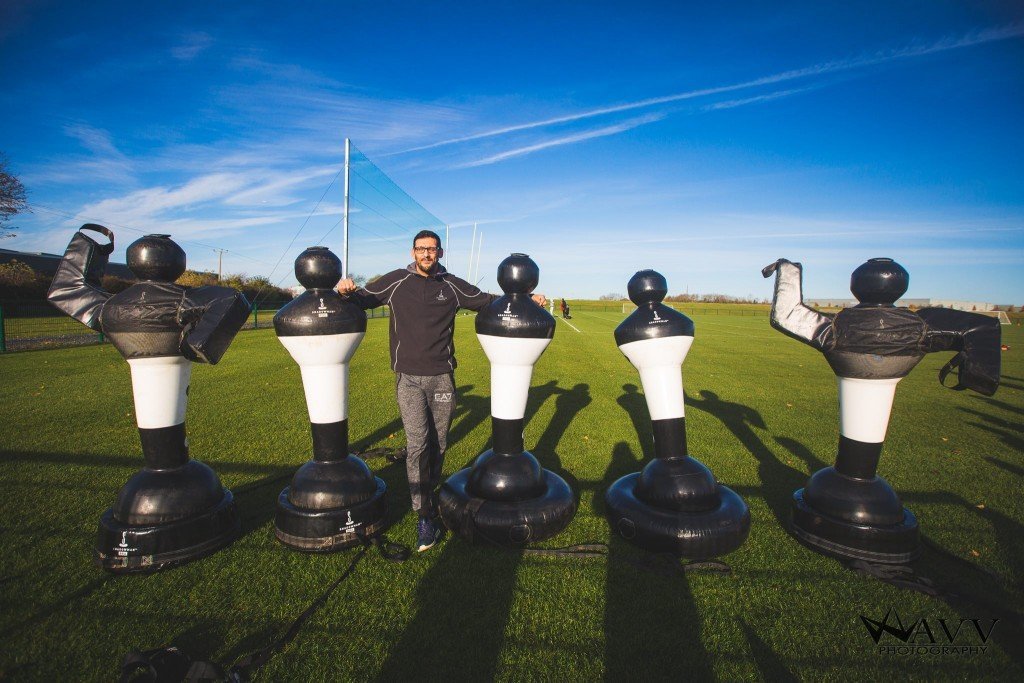 On November 19th the Senior National Team held their first Open Try Outs at the National Sports Campus in Abbottstown.  The day was a huge success, with over 100 players registered and support from Avonmore & Shadowman; even the weather obliged with bright blue skies.  Players travelled from all over Ireland and represented almost every club in IAFA. They were put through their paces by the National Team’s coaching staff.  A combination of athletic tests and football drills were used to evaluate players.  It may well have been the biggest gathering of players and coaches in Ireland for a non-game event.

The following players have been added to the Senior National squad:

These players will attend the next Senior National Team training session in February 2017.  Players who were not selected at this point, contributed hugely to the success of the day and also put themselves on the radar of the coaching staff, who now have baseline measurements of their athletic abilities.  We are very much looking forward to seeing them in action within their clubs and have challenged all of them to make a massive impression on the gridiron, which is after all the best test in American Football!