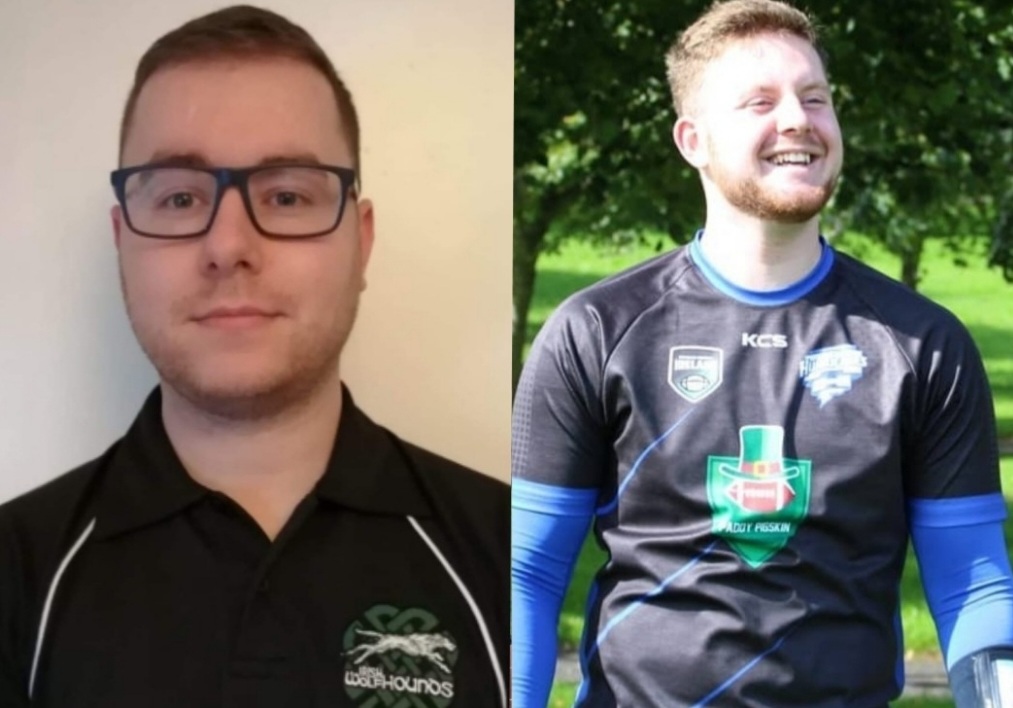 American Football Ireland are delighted to announce the appointments of Dan Shaw and Joe Kinahan to the roles of Wolfhounds Flag Head Coach and Interim Wolfhounds Flag Team Manager, respectively.

Dan Shaw has more than 8 years of experience in flag football in Ireland, previously being involved with the Belfast Trojans and Ulster Elks flag teams before helping establish the Belfast City Lions. With the Lions, Coach Dan helped lead the Lions to promotion from AFI Flag Division 1 in their inaugural season. He has previous experience in the Wolfhounds Flag setup, having been Defensive Co-Ordinator through 2020 and 2021.

On his appointment, Coach Dan had this to say:
“I am honoured to be appointed head coach and look forward to leading the programme into the championships next Summer. In my 8 years in flag football I have worked to earn the chance to coach at the national level and look forward to working with the best players and coaches that Ireland has to offer.”

Joe Kinahan has been involved with flag football in Ireland, having been a part of the Westmeath Minotaurs flag team until 2017. From there, Joe joined the MU Hurricanes, a club for which he served as chairman for 2 years. Joe was recently appointed Assistant Director of Flag Football for AFI, and is excited to continue his involvement in flag football:

“It’s no secret to anyone who knows me how much I care about flag football, and specifically flag football in Ireland. While I am only operating in this role in the interim, I am thrilled to be able to help Coach Dan and Wolfhounds General Manager Alan Orr, 2 people I have a lot of respect for, to scout and to select the very best flag football players across Ireland to represent the island in any tournaments that may present themselves over the next few years.”

AFI would also like to formally announce Stephen McDonnell is stepping down from the AFI board. AFI President Aidan Maguire had this to say on the hard work Stephen has done in many roles, including Interim Director of Coaching:

“At this time I would like to thank Stephen “Mack” McDonnell for volunteering his free time to help with the growth and development of American Football Ireland. Steve joined the AFI Board during the height of the Covid pandemic and helped with AFI’s navigation through such uncertain times. Steve’s input in relation to the new soon to be released, blended learning coaching course has been second to none.  On behalf of all AFI Members, I wish him all the best in the future as he begins a new journey in life”

AFI wish Stephen McDonnell the best in his future endeavors, and are excited about the direction of the Wolfhounds Flag programme under Head Coach Dan Shaw and Interim Team Manager Joe Kinahan.