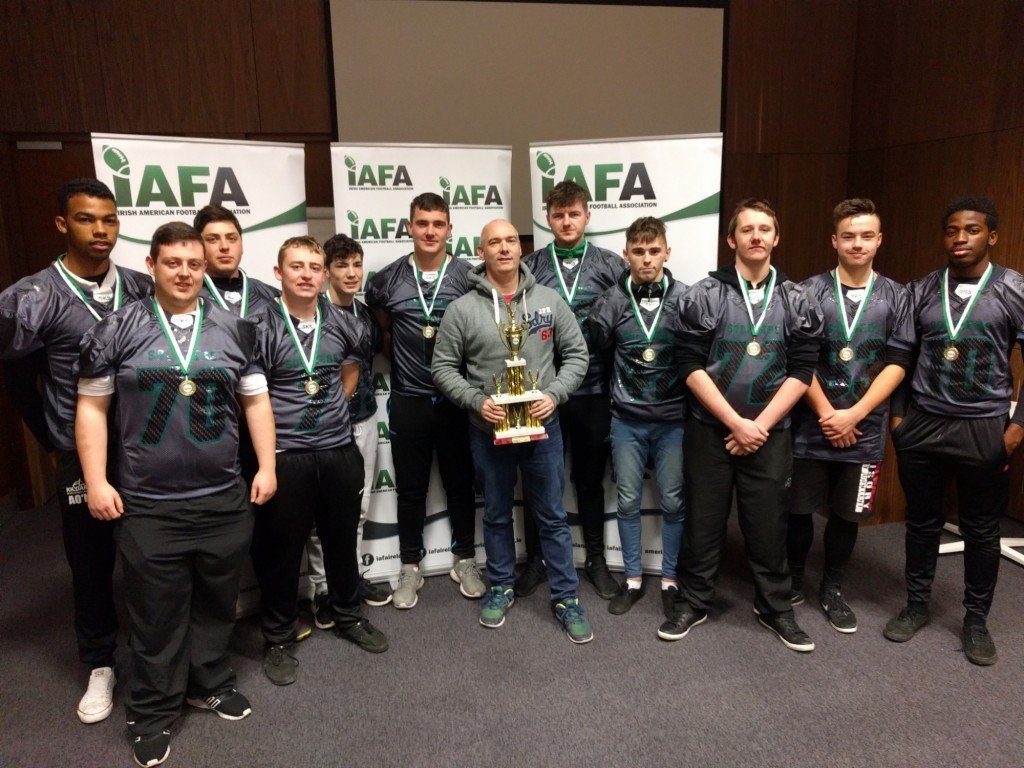 At today’s Team Ireland U20s training session, the South Kildare Soldiers were presented with their trophy as 2016 Junior Football Champions.

Receiving the trophy on behalf of the Soldiers was Tomiwa Oyewo and Jordan Farrell from Director of Junior Football Russell Kerley. The Soldiers finished the season with a perfect 6-0 record against the Craigavon Cowboys and Westmeath Minotaurs.

“This has been a great year for junior football and congratulations to the Soldiers and Coach Farrell on a fantastic season”, said Russell Kerley at today’s presentation. “Next year we’re focusing on expanding the number of clubs competing in the junior league as well as compete in International games and leagues. 2017 will be a massive year for Irish football”.