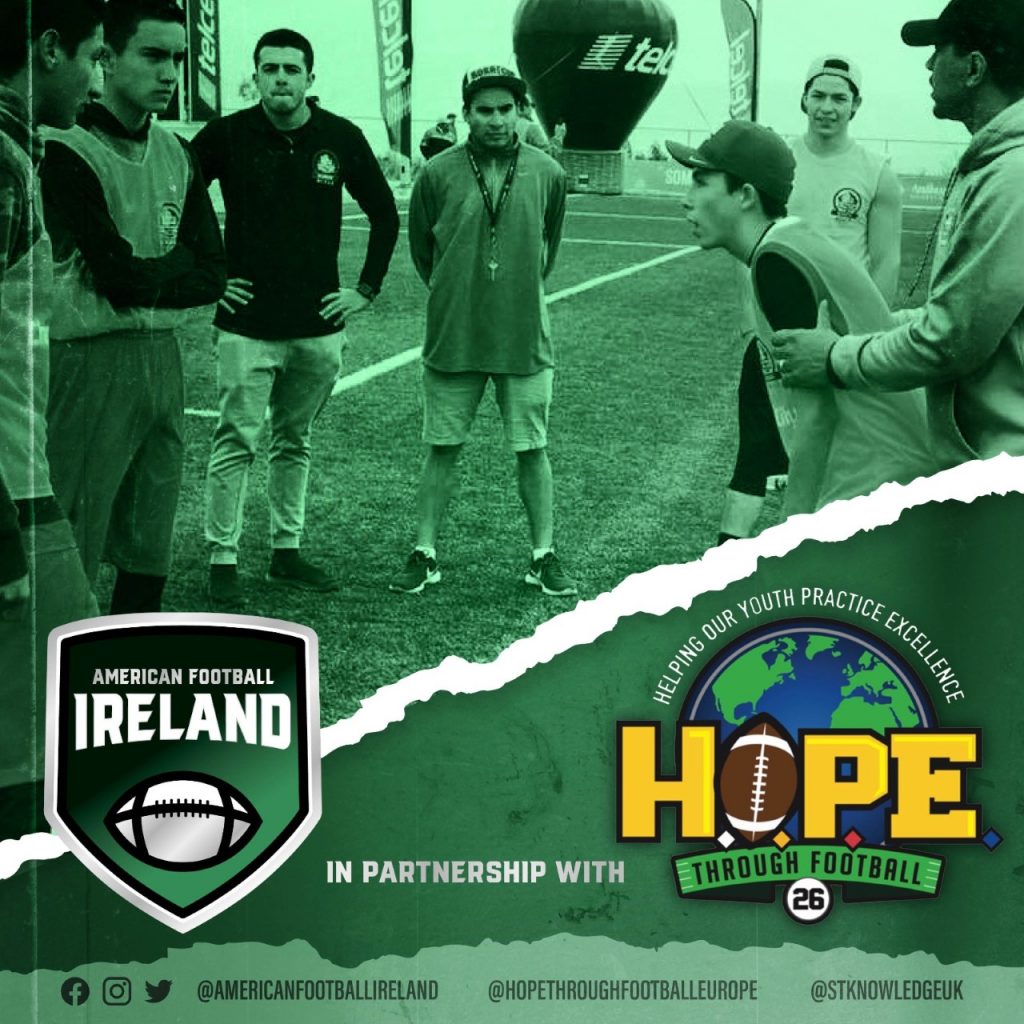 AFI’s key partner, “HOPE THROUGH FOOTBALL”, will be hosting a virtual coaching clinic on Friday, July 30th at 8.00 pm (GMT) dedicated to the topic of the shield punt and punt protection. This virtual event is free and open to any coaches/players/members that would like to attend and will be delivered by the highly experienced coach, Garrett McLaughlin.

Coach McLaughlin has extensive coaching experience since his days as a student assistant at his alma mater, Syracuse University located in NY, USA.

After earning a Bachelor of Science degree from Syracuse’s Falk School of Sport and Human Dynamics in 2012, Coach McLaughlin served as defensive backs coach at SUNY Buffalo from 2012 to 2016, helping the team to consecutive ECAC Bowl appearances in 2014 and 2015. He moved on to the University of New Haven to coach linebackers in 2016, then led the outside linebackers at Division I Wagner in 2017, helping the group progress from five sacks in 2016 to 17 in 2017.

At Buffalo in 2014, McLaughlin coached five All-Conference players, while helping lead the Bengals to their first ECAC Bowl game in 16 years. The Bengals made as second straight ECAC Bowl appearance in 2015.

After graduating from Syracuse University, he spent time as a student assistant coach with the football program, working under head coach Doug Marrone. With the Orange, McLaughlin coached three players who went on to earn NFL experience, including Shamarko Thomas, who was drafted by the Pittsburgh Steelers in the fourth round in 2013.

He also worked in equipment, operations, and video at Syracuse and completed a strength and conditioning internship with Thurman Thomas Sports Training.

He is also the Creator of Teams Talk alongside Jeff Reinebold for Specials teams clinics and certification.

This virtual clinic is the first of three Hope Through Football virtual clinics with future virtual events planned for the months of August and September so stay tuned!

To attend, please clinic on the link below to register your email and receive a zoom link to the event: