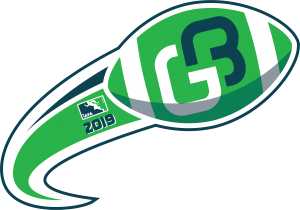 This year will see the inaugural season of the newly established IAFA Glas Bowl Conference or GBC league.

While the Emerald Bowl Conference (EBC) is now tailored for the top 12 teams in Ireland to compete for the national championship, the GBC has been especially created for brand new teams wanting to give a go at Flag Football and also for returning teams needing a bit of TLC to hopefully reach the EBC in a future season.

The core goal of the GBC is to foster a vision of growth and learning of Flag Football and ultimately American Football, without the daunting pressure to compete against seasoned and experienced teams while still being competitive.

The season will run like its sister league. This is a mixed leagues for players 16 years old and upward. The format will see several teams meeting in one venue and play a set of games on the same day.

Although all EBC teams now must have a certified coach to compete, GBC teams do not. The only requirements is for all players to be registered with IAFA and for all teams to have the proper playing equipment.

The season will kick off during the second half of August to finish the last week of October.

GBC teams will have the chance to be promoted to the EBC at the end of the season while some EBC teams will also be relegated to the GBC ensuring the competitive legitimacy of both leagues in the long run.

If you have any questions as to what the requirements are just contact us through our online form here.

Looking forward to see you compete in the GBC in the near future.