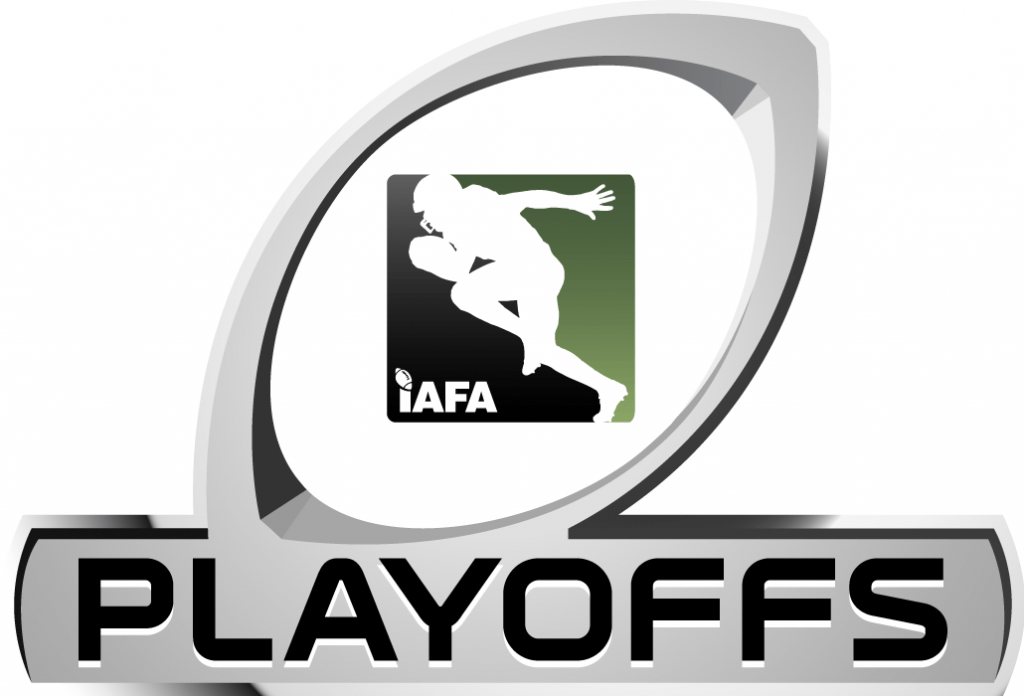 Its win or bust time in IAFL 1 as this Sunday see’s four teams go head to head with only two coming out the other side with an IAFL 1 Bowl spot. The four teams combined won 25 matches and lost only 7 this season, so both games are sure to be very competitive. We start our previews with a hard hitting match up in Mullingar.

Second versus third in what is sure to be a smash mouth game of football with both teams being run reliant. The last time these two teams met, the Minotaurs ran out comprehensive winners in Gorey beating the Eagles 39-16. However, the Minotaurs recent form has dipped, losing their two most recent games to the Mavericks and Cowboys. Momentum is certainly with the Eagles, who have won their most recent two games against the Vipers and Trinity.

The Eagles offense scored the second highest points during the regular season (239) however the defense finished fourth after conceding 123 points. Eagles head coach Kevin Klatt will be looking for his defense to step on Sunday “We know this game won’t be easy; the Minotaurs gave us our worst loss this season when we played them in March. However, we’ve moved on a lot since then. I like to think that the Eagles players and coaches have developed the ability to adapt to what other teams are doing ‘on the fly’ if you’ll excuse the play on words. We’ve got nearly a fully-fit squad, and given the performance of some of our rookies over the past few games, the Eagles coaches actually have selection problems of the good kind heading into this semi-final. We think a lot of people expected Trinity to win our game last Sunday. As they’ve done throughout my time with this club, the Eagles rose to the challenge and did exactly what was needed on the day. I know, hand-on-heart, that the players will leave it all out there again next Sunday, as we all know that a place in the final is at stake.”

The Minotaurs find themselves with home field advantage and only one game away from the Bowl after a terrific season. Six wins on the bounce saw them sit top of the table after their first six games but struggles recently saw them finish in second place. The Minotaurs offense is the best in the league, scoring an average of 32.5 per game. Minotaurs club captain Jo Coyne will be hoping his offense is firing all cylinders “We know what to expect from Wexford so we know we will not be handed anything and that we will have to earn every yard on the day. With a few key pieces back from injury/holidays we do think we can get back to playing the football which got us to the playoffs.”