Saturday October 22nd 2022 will see the Irish Wolfhounds start their campaign in Group B of the IFAF European Championships, travelling to Madrid to take on Team Spain at Estadio Municipal Rafael Mendoza, 17:00 local time.

The IFAF European Championship groups are seeded groups: the winner of Spain vs Ireland will play the winner of Israel vs Turkey. The winner of that match will face Germany in 2023 for qualification to Group A, the elite group of European American football national teams.

The last fixtures to take place for the Irish Wolfhounds were more than 3 years ago, with the Irish squad earning back-to-back home and away wins over Team Belgium. The Wolfhounds look set to cause more than just a spark in Group B and, after a remarkable domestic season, will be out to further Ireland’s visibility on the radar of Europe’s elite!

Tickets to the game are free, so we encourage all Wolfhounds fans to travel with the team this October to witness a fantastic international fixture 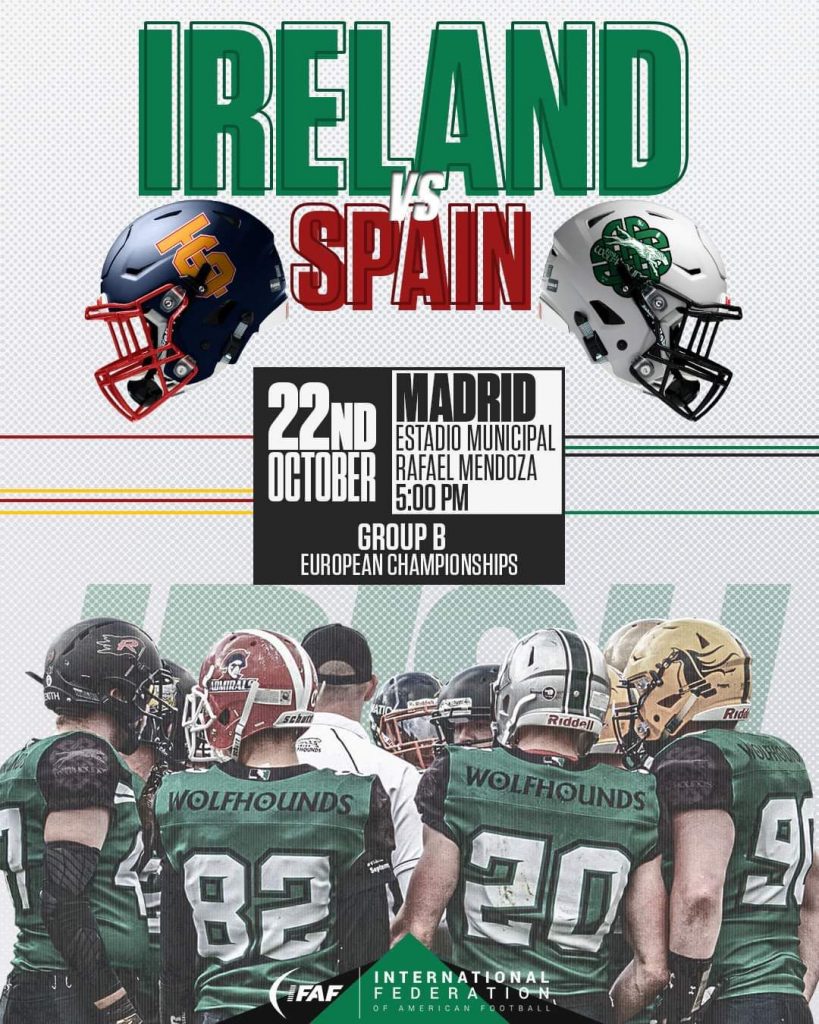