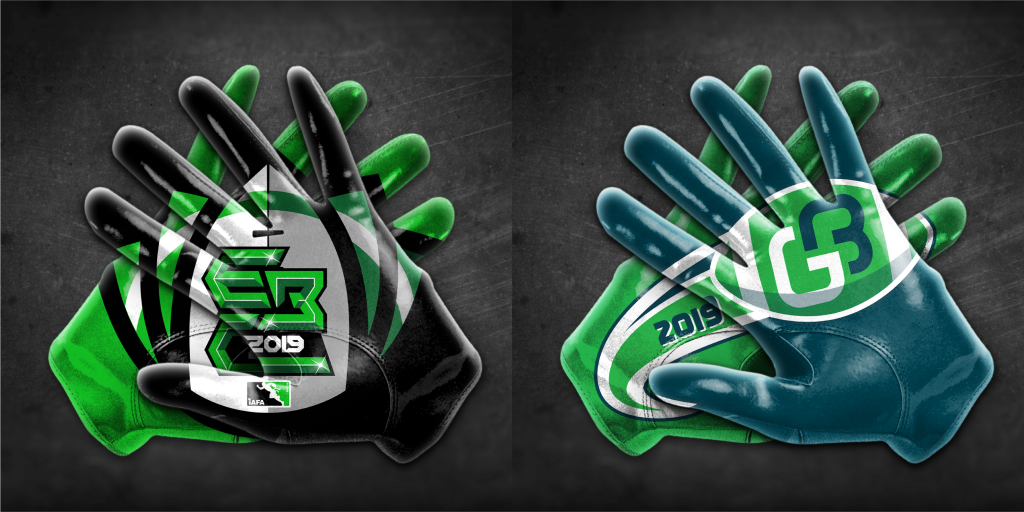 Time flies and we are now in the final week of the regular season games for both the EBC and GBC 2019 seasons.

This being the penultimate preview of 2019 we thought we’d start with the inaugural GBC season. It all started with thirteen teams but only the top six will claim the right to compete in the playoff and maybe a shot at becoming Glas Bowl 1 champions. A few teams have already booked their ticket to the playoff although without a definitive position yet. The Cork City Outlaws (5-1) and the South Dublin Panthers (4-1-1) currently 1st and 2nd, will be going to the playoff on the 2nd of November. However, since they have no remaining fixtures, they will only have to wait and see to find out what seeding they will finishing at.

On their trail (although already playoff bound) and with two games left to play, the Craigavon Cowboys 2nd (4-0) and Louth Mavericks 2nd (4-0) are a in a good position to take the top seeds if they win both their games with the added bonus that their last game will be against each other (which is our pick for the GBC game of the week). Now, that being said if both teams failed to win their first game and tied their second or even tie both games, they would still be in the top four teams.

The real excitement will come from further down the table. The West Dublin Rhinos (3-2-1) will be on the edge of their seat hoping for the Maynooth Hurricanes (2-2) or Belfast Trojans 2nd (2-2) to lose at least one of their games which would then seal their playoff ticket. If both Hurricanes and Trojans were to win two games then both would go to the playoff.

All in all, nothing is certain yet which should make for some great games this Saturday at the Dundalk IT Sports Grounds from 11am.

Now for the EBC. The EBC is the Premier League of Flag Football in Ireland and as such we have some of the best teams and players in the country battling it out to claim the sought title of Emerald Bowl Champions or National Champions. Just like the GBC, it started with twelve teams, who were the top twelve teams from the EBC 2018 season. Just like the GBC, only the top six teams will be eligible to compete in the playoff with a shot at the championship at the Sport Ireland Campus on the 2nd of November. We would like to point out that even though this is the “premier league” of flag football, we did not go through the season unscathed as the season was plagued with a string of forfeits – which will be addressed at the end of the season.

With that out of the way – what’s cooking in the EBC?

Current National Champions Craigavon Cowboys (6-0) and Emerald Bowl 5 runners-up Louth Mavericks (6-0) are seating comfortably at 1st and 2nd and have already booked their ticket to the playoff although we do not yet know which will be topping the group. Mavericks have two tough fixtures against 3rd seed Edenderry Eagles (5-2) and 7th seed Trinity (3-3) with Trinity playing it all out to make the playoff a second year in a row. Some cracking games to watch there.

The Cowboys, being a competitive team, will try to keep they clean record and grab the highly sought after 8-0 perfect season against the 8th seed UCC Raiders and 9th seed Westmeath Minotaurs (also first ever Emerald Bowl champions in 2015). Both teams are on the hunt for a much needed 6th seed to make the playoff.

This is the Dublin Bay Raptors’ (4-2) second EBC appearance, and while they came very close to make the playoff last year for EBC 2018, they are now in a good position to reach the tops seeds if only they make sure to win two tough fixtures against Trinity and Belfast Trojans (4-3). The Raptors, Trojans and Knights are all on 12 points but the Knights have no fixtures left to play and while currently seating at 6th, are on the fence and will have to wait and hope that both Trinity and UCC lose both their games as one win would be enough for either Trinity or UCC to make the playoff as the Knights lost a game against both teams and would lose on head-to-head.

Some exciting games ahead to look forward to kicking off at 11am at the Newbridge College sports ground.

Good luck to all!!