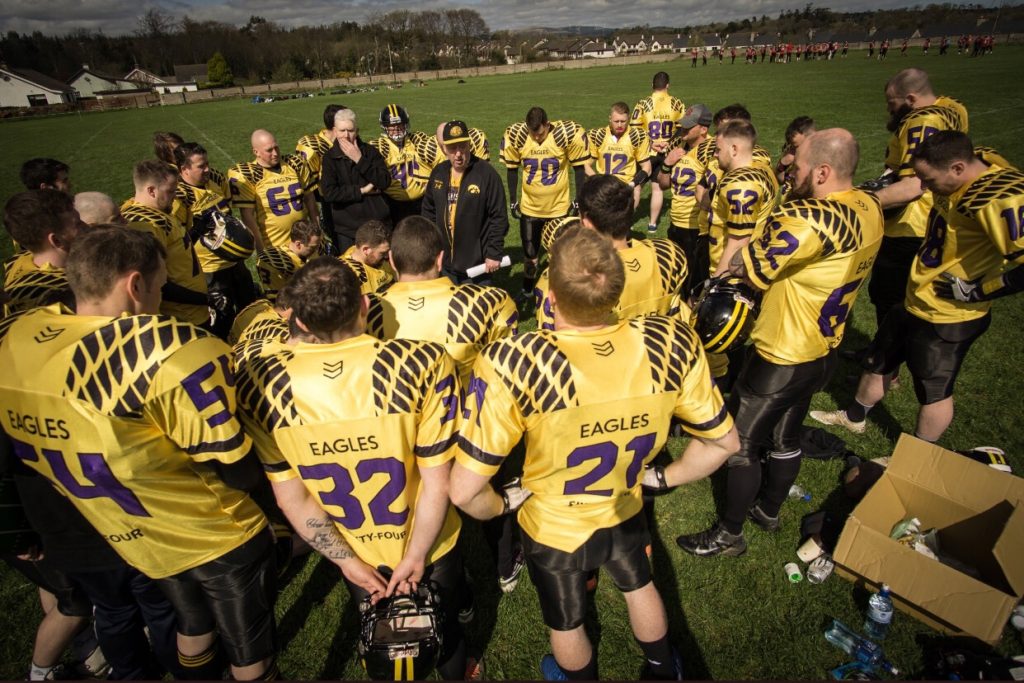 How much are you guys looking forward to the game?

Coach Klatt: “The Eagles are very much looking forward to playing in our first-ever home play-off game. That home field advantage was hard-earned, but we also feel it is well-deserved.”

It’s probably your biggest ever game this weekend, especially with the fact that the Eagles are hosting this year’s IAFL1 Bowl, can you sum up the importance of the game?

Coach Klatt: “The game is, of course, hugely important to us, but it’s still got to be viewed as just another game. We’ve prepared for this game the same way we prepared for the Cowboys in our second game of the season.”

The Cowboys ended your IAFL1 title dream last season, will there be a little added motivation from your team because of that?

Coach Klatt: “I would say that if you need “extra motivation” when a win means going to the final, you probably should check your pulse, because you might just be dead.”

How do you measure up against the Cowboys?

Coach Klatt: “I guess we’ll find out on Sunday!”

What will it take to win? Where do you think the game will be won or lost?

Coach Klatt: “What it will take to win is scoring more points than they do. The game will be won or lost on the scoreboard. I don’t mean to sound flippant, but the simple fact is, that’s the way the game works.”

Your team struggled with stopping the running game in the defeat to the Minotaurs recently, have you managed to correct that ahead of this game?

Coach Klatt: “I find the perception that our team struggled to stop the running game in the defeat to the Minotaurs interesting. Don’t get me wrong; the Minotaurs fully deserved that win. Let’s just say that the factors that led to Westmeath soundly beating us in that game have been fully addressed.”

Have you any injuries ahead of the game or have you a full squad to chose from?

Coach Klatt: “Like all teams, we have a number of players carrying knocks. Any doubtful players will be assessed on game day, but right now, we’ve got a good-sized squad to choose from. In addition, a couple of recent injuries have had the unexpected bonus of a couple of new players stepping up and really adding a new dimension to our team.”

What would you say to the people of Wexford to get them out on force on Sunday?

Coach Klatt: “The people of Wexford have always come out to support the Eagles. We genuinely believe we have the best supporters in the league, and we know that they’ll all be out there on Sunday, making noise and cheering on the Eagles.”