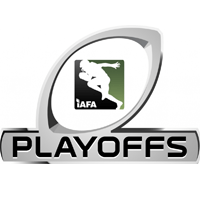 The reigning national champions Cork Admirals are two wins away from retaining the Shamrock Bowl, but they face a tough visit from a South Dublin Panthers side entering their first ever semi final. The Admirals finished the regular season top of the table and unbeaten with seven wins and one draw whilst the Panthers finished as fourth seeds, winning four and losing four. The Admirals possess the best defense in the league, only giving up 63 points in eight games. They come up against a Panthers offense that has scored an average of 20 points per game this year. The last match-up between these two sides was back in March, when the Panthers travelled to Cork. An enthralling game ended 20-14 to the hosts – a one score game meaning this playoff game should be a brilliant watch.

A significant season for the Admirals sees them finish as league champions and with vital home advantage. Finishing unbeaten shows how much this team has come on, after losing three games in 2018. The Admirals enter this match full of confidence having dispatched the West Dublin Rhinos 47-7 in their most recent match two weeks ago. Admirals head coach Alan Lomasney will be looking for consistency of a high level in all three phases of the game, which will be crucial to getting that all important win “The Panthers are a good team, always well coached and every time we play them the games are always close. We are looking forward to welcoming the Panthers to Cork and it’s going to be a tough, hard hitting game of playoff football. We have been practising well and we will be doing our best to get a result and to continue to defend our title.”

A historic season for the South Dublin Panthers as they reach the Shamrock Bowl semi finals for the first time in their history. The Panthers started the season well, as they were sitting with four wins and one loss after five games but have been struggling recently, recording three defeats in a row – most recently a 7-10 loss to the Vikings. Panthers head coach Steve Mack knows his team must find the form they had earlier in the season in order to book their place in Shamrock Bowl XXXIII “Looking forward to the game. Obviously very happy to be at this stage of the season considering how close and unpredictable the regular season was. That being said, we didn’t come this far to only come this far and we know Cork are a very tough team but we’re confident in ourselves and our preparation. Should be an exciting game.”